This Record Isn’t Too Shabby For A Non-League Laddy 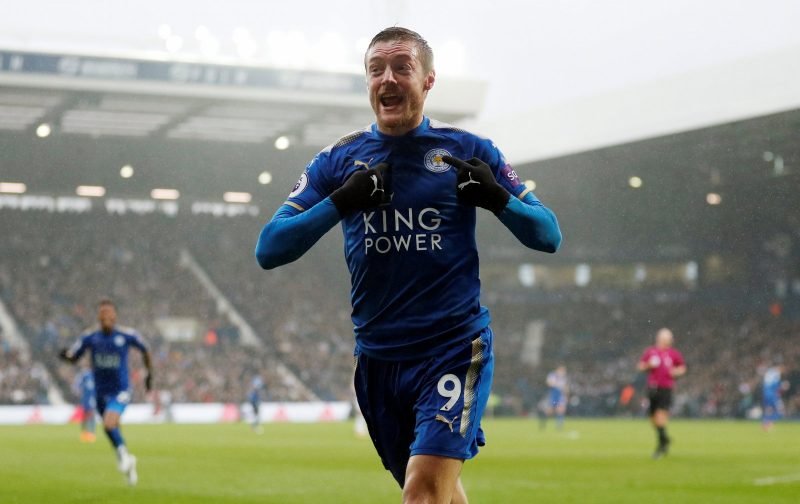 Few would have predicted that when Jamie Vardy signed for Leicester City from Fleetwood Town that he would end up in our top ten list of highest goalscorers in history.

Let alone that he would do so as a regular England international but he’s only gone and done it.

The milestone goal lifting him into tenth place in the all-time table came when he hit the consolation strike against Burnley in our last Premier League tie.

Having joined the club back in the summer of 2012 for a cool £1million price tag, Vardy opened his scoring account in the 4-0 League Cup victory over Torquay at Plainmoor.

With a total of 198 starts to his name and an additional 31 from the bench, he now boasts 85 goals to his name in a Leicester shirt. Those goals played their part in helping us win promotion from the Championship, consolidate our position in the Premier League and lift the Premier League title to experience a successful run in the Champions League and even in a poorer season once again this year, his goals gave us an outside chance of a European adventure.

21 caps for England have returned 7 goals.

There’s nothing to suggest he’s finished either with him sitting on 21 goals so far this term.

He moves into tenth place with 85, bettering both Jack Lee and Alan Smith who hit 84 for the club.

Up to 4th no probs Jamie

Hopefully be ahead of @GaryLineker by this time next year!

Owing to those ahead of him in the list there was praise for those listed although somebody may have given Gary Lineker an awful idea!

On this evidence, we should scour the globe for a striker named Arthur! #lcfc

Hope we can find a player to top this list in my lifetime. Might be a little late for Jamie #lcfc

Chandler and Rowley the definition of stat padders.

he's on your heels @GaryLineker . what happens when @vardy7 overtakes you? motd in a mankini?