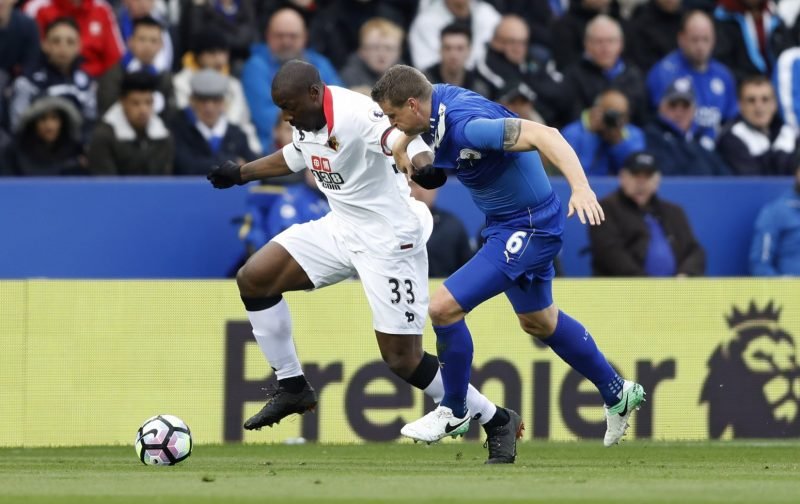 With the news that centre-half Robert Huth will be leaving Leicester City this summer when his contract expires, plenty of fans have already taken to social media to wish him good luck for the future and to remember his finer moments in our shirt.

Fancy getting your hands on this signed Huth 6⃣ shirt?

Whether those moments were based on his performances on the pitch, his more bizarre tweets – it doesn’t really matter. The big German came in, won plenty of fans in the stands over and he leaves the club having gone down in Leicester history given our amazing Premier League win given the relegation escape the previous season.

With #DankeRob proving popular when his exit was announced, yesterday Leicester offered up the opportunity to win a signed No 6 shirt for retweeting but fans weren’t content to simply retweet – it presented another perfect chance to say thanks to the big man for his efforts at the club during his time with us, and plenty took full advantage of that.

Thanks for helping us stay up and reaching the pinnacle of English football you have been amazing good luck for the future just don’t become a free kick coach!!

Big man you’ve been a huge loss this season now a huge loss for the club in the coming season really hope you find a club that loves and respects @robert_huth as much as us @LCFC fans do !!
GOOD LUCK HUUUUUUTTTHHHHHHH !!! pic.twitter.com/CK2SjXaEF2

True leicester legend. Defence was great with him in it.

Robert we will always have our trip to the Azores to remember eachother by you sexy beast!!! pic.twitter.com/H9avWQurP5

Will be missed at the club. Both on and off the field #dankerob

Absolute legend. Shame he isn't staying on as a defensive coach

With how strong he was for us in the heart of defence, there’s certainly a lot of sense in getting him involved in training if he hangs up his boots and wants to tread that path in the future.