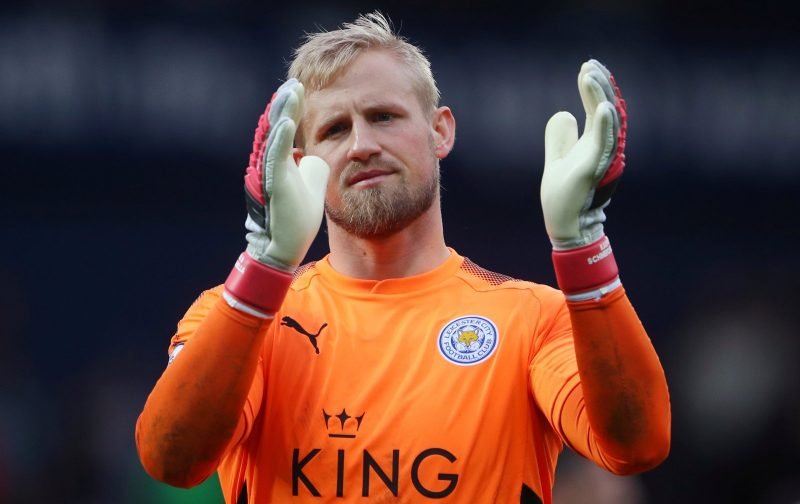 Sunday’s game did see us go down 5-4 to Tottenham Hotspur at Wembley in a thrilling encounter when it came to the attacking display on show from both sides and the curtain is now drawn on a disappointing 2017/18 campaign.

A moment this young Foxes fan won't forget in a hurry! ????

Ignoring the game itself though, Schmeichel was in attendance to support his colleagues on the day and somebody caught him on camera giving his glove and shirt to two young fans in the crowd.

Obviously, this was picked up on by the fans and Schmeichel came in for plenty of praise for his actions.

An absolutely tiny gesture that means the world to fans. Fair play to you sir!

Whilst the gesture itself was clearly warmly welcomed amongst the fanbase knowing what it would’ve meant to both of those fans, for some it did potentially hint at a possible goodbye for our long-standing goalkeeper.

Speculation linking him with a move away rears its head every summer in the tabloids and undoubtedly after the campaign we’ve had this year that certainly won’t change over the next few months. Most will obviously be hoping that just like previous summers, this comes to nothing when the transfer window closes in August.

Was that his farewell gesture ?

Others prepared to possibly get bitter about things, which I certainly don’t understand given the endless Riyad Mahrez shenanigans.

Laundry Detergent exists, you know? To clean stained clothing? Is this a new concept to you?

It could be another long summer, but for many, that will hinge on what happens with the managerial chair.