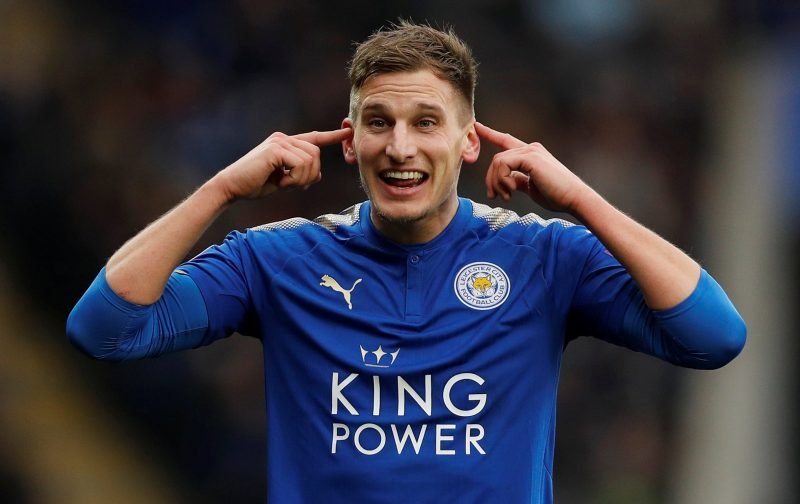 Leicester City fans have given a mixed reaction to news that winger (or fullback) Marc Albrighton will now miss the remainder of the 2017/18 season having accepted a Football Association misconduct charge last night.

Marc Albrighton will be suspended for #lcfc’s remaining games of the 2017/18 season after accepting an FA misconduct charge.

The offence pertains to his ‘behaviour’ towards the matchday referee having been sent off in the game against Crystal Palace on April 28. That referee being Mr Self Important Mike Dean.

As a result of that red card he had already missed the West Ham United game with the automatic suspension that carried, but having accepted the additional charge relating to the game as it followed, he has now been handed an additional two-game ban and fined £25,000 at an Independent Regulatory Commission hearing that took place yesterday.

With Albrighton largely being one of our brighter sparks this season with his delivery and even seeing some calls from fans for potential England inclusion this summer, the frustration of fans given the sentiment around the club once again came pouring out in response to this news.

wish someone would suspend Puel #PUELOUT

Yet Salah throws a punch and gets nothing????

Just had a moan at the ref after being sent off. Out of frustration.