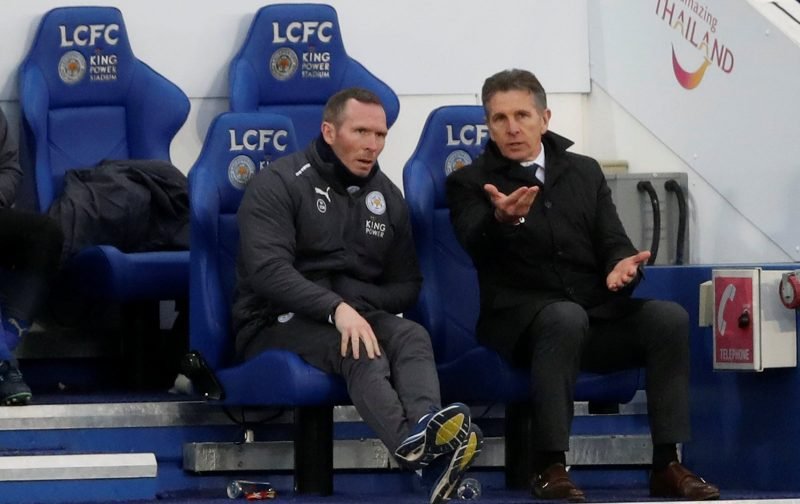 Leicester City manager Claude Puel has said he wants the side to make up for the defeat to West Ham United at the weekend when we host Arsenal in midweek.

Losing 2-0 at the King Power Stadium on Saturday as the visitors scored in each half, well it just wasn’t a good game or performance as we slipped to a fourth defeat in the last five matches.

With pressure growing on the Frenchman fans weren’t slow in coming forward with their thoughts at the full-time whistle, but now all attention turns to Arsenal on Wednesday.

To give Puel some fairness, the injury situation left us without a number of players, but even then, he had to concede it hadn’t been good enough as the fans had done their part when he spoke to lcfc.com.

“I am disappointed for the fans because it was a fantastic atmosphere. They tried to push us on. I am disappointed to give them this feeling because it is not a good feeling and it is not us. It was not enough at the beginning of the game without a good intensity and perhaps we lacked some confidence after the last results and we did not play forward. It was a little better in the second-half but it was not enough.”

With the visit of Arsene Wenger and his side, they travel on the back of a 5-0 win over Burnley, Puel added.

“It’s a difficult finish to the season but I want to thank our fans. The situation is a tough period and they give the players that support, it’s great. They give their best. It is a shame because after October, a difficult period, all the players put in hard work and worked with intensity. With good listening and good play, strong in defence, with a lot of chances to score. It is a shame now to finish the season without the freshness and a lot of injuries. It is hard for young players in this situation to replace experienced players. It is a good opportunity for them to have game time but our performance is not enough, of course.”

In terms of team news ahead of the game we are waiting on Marc Albrighton’s FA charge and Vicente Iborra needs to be assessed after his run out following his hamstring injury – he has missed our previous three games completely before making a 45-minute return.

"We’ve got a lot to improve on and we’ve got two games to do it."

Last chance to go out on a high, failing that the calls for a replacement will only intensify and victory on the final day won’t arrest that.

A determined Claude Puel talks about facing the Gunners at King Power Stadium on Wednesday. #LeiArs