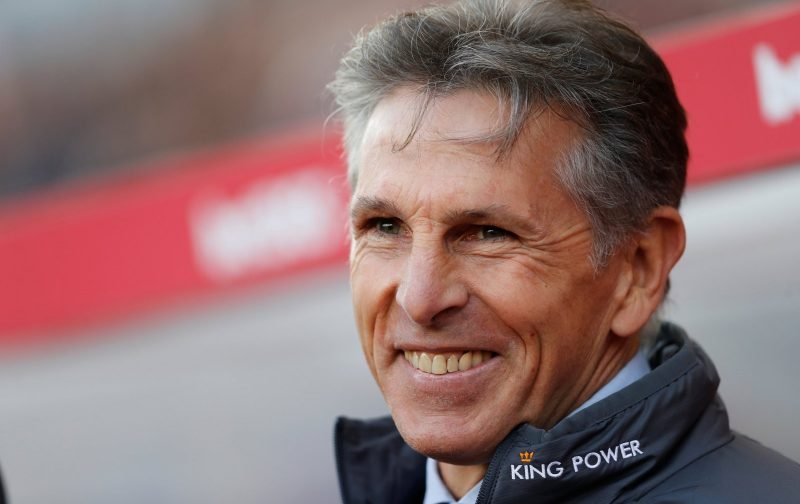 Leicester City welcomed Arsenal to the King Power Stadium yesterday evening for our penultimate game of the Premier League campaign.

Claude Puel reflects on a 'great performance' from his Foxes after a 3-1 win over Arsenal – https://t.co/X11wOnMF6p #LeiArs pic.twitter.com/JOpP2pzLi0

With Claude Puel desperately needing to give the fans something to cheer about with growing playing style frustrations, Arsene Wenger was obviously out to take another victory as he heads towards the end of a 22-year association with Arsenal.

Leicester out Foxed the Gunnars on the night and took a pretty comfortable 3-1 victory. Kelechi Iheanacho opened the scoring after 14 minutes of the game had been played and one minute later Konstantinos Mavropanos saw a straight red to reduce the visitors to ten men.

Leicester couldn’t immediately capitalise, and Pierre-Emerick Aubameyang did level the scores up in the 53rd minute. With 15 minutes remaining, we did manage to take full advantage as Jamie Vardy hit home from the penalty spot in the 76th-minute and Riyad Mahrez made it three at the 90th-minute mark.

It was certainly a more ‘Leicester’ performance – Arsenal dominated possession but we had ten shots on target with 19 overall and that was the difference.

Claude Puel reflects on a positive performance in a 3-1 victory over the Gunners last night! ????

Speaking to lcfc.com as he met with the media following the game, Puel explained.

“I think it was a great performance. It was a fantastic game with good intensity and a lot of chances. Congratulations to my players because they had a good mentality and showed aggressiveness, passion and desire in their game. They gave their best.”

Puel sang the praises of the fans, repeating that it was important to give them a ‘reward’ because our last home game, in particular, had been very ‘poor’ and they had always given the team a strong backing this year. Although he knew it would be difficult to take victory, ending the campaign with a win and a good performance was vitally important.

Great last home game! Thank you for all your support! #LCFC pic.twitter.com/cuXLgGVjON

Jakupovic was kept busy last night, here's what he had to say about the 3-1 victory over Arsenal. ????

Nice to finally beat Arsenal, it’s took us a lot of goes but to beat them on our last home game of the season after our recent run of form was good. Thanks to all of the fans at the end #foxesneverquit #lcfc ????

Great performance today, and so happy we got 3points in the bag..Atmosphere was amazing from my view in the stands ???? one more to go!!????????

Fans were also far happier at the full-time whistle.

Everyone played brilliantly tonight. That performance was the Leicester we know and love. Back to our old selves. Well played mate. ????

That’s what we want every week. That’s the Leicester City way.

Cheers Leicester. Just read about the fans honoring Arsene at the match. Wonderful gesture. See you next season ✌️

Get in city! Great result.

Anyone else think that's exactly how we played when Puel first came in? Intense but with ability on the ball. I think that's all any Leicester fan wants. No need to change the style totally until we have all the pieces in place.

The win is unlikely to change many fans minds when it comes to Puel though as there was still plenty of criticism.